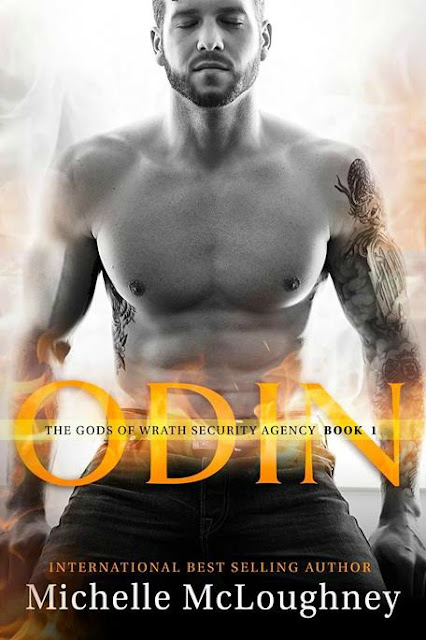 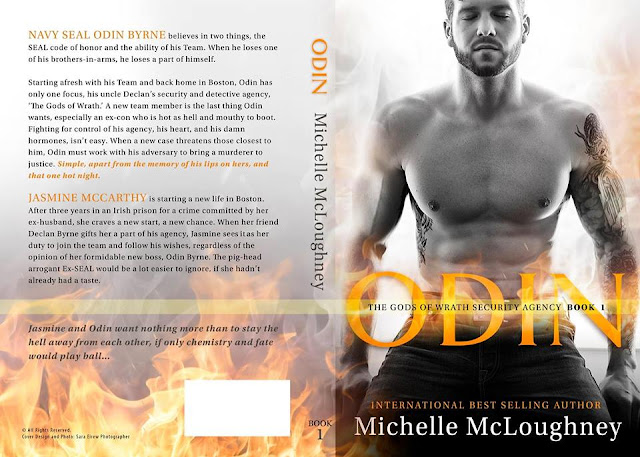 Navy Seal Odin Byrne believes in two things, the SEAL code of honor and the ability of his Team. When he loses one of his brothers-in-arms, he loses part of himself.
Starting afresh with his Team and back home in Boston, Odin has only one focus, his uncle Declan’s security and detective agency, ‘The Gods of Wrath’. A new team member is the last thing Odin wants, especially an ex-con who is hot as hell and mouthy to boot. Fighting for control of his agency, his heart, and his damn hormones, isn’t easy. When a new case threatens those closest to him, Odin must work with his adversary to bring a murderer to justice. Simple, apart from the memory of his lips on hers, and that one hot night.
Jasmine McCarthy is starting a new life in Boston. After three years in an Irish prison for a crime committed by her ex-husband, she craves a new start, a new chance. When her friend Declan Byrne gifts her a part of his agency, Jasmine sees it as her duty to join the team and follow his wishes, regardless of the opinion of her formidable new boss, Odin Byrne. The pig-headed arrogant Ex-SEAL would be a lot easier to ignore, if she hadn’t already had a taste.
Jasmine and Odin want nothing more than to stay the hell away from each other, if only chemistry and fate would play ball…

5 stars
Odin is my first Michelle McLoughney book but I'm already counting down the days until Trig's story. I'll be hitting her back list asap and adding more books to my TBR.
Odin is full force Alpha male, sexy as hell, strong, a leader, a damn good friend and man.
Maggie AKA Jasmine has a past, a past she left in Ireland for America, for the man who helped her in her time of need. Now starting over with a new life and a new business she takes a risk, a one night only risk, what turns out to be one mind blowingly perfect night.
Shortly thereafter she finds out the man who helped her has passed away and left her something.
Something her one night stand wants.
Regardless of his attraction to Jasmine Odin is ticked. He wants to know how she came to be listed in the will and what she was to his uncle.
And from there it's on. He wants answers and she doesn't want to betray the man who gave her her new life.


Loved this book, all of the Gods of Wrath security team are unique and funny, I can't wait to get the rest of this series an see where their stories lead. 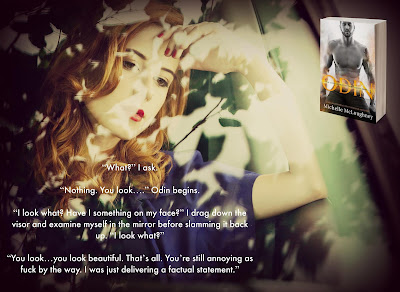 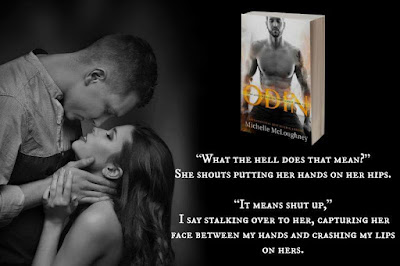 Michelle McLoughney is the author of the Amazon bestselling Saga, The O’Malleys. She lives in County Clare, Ireland where her first series is set. Michelle began writing at a young age and won her first national poetry competition at 17. Michelle has been widely published throughout Ireland and internationally. Rory is her first novel in the O’Malley series.