I was paying off a debt.
One that wasn’t mine.
But when your father screws over an outlaw motorcycle club and then disappears with their money, you have two choices.
Pay with your body, or pay with your blood.
With a little sister to protect, I did what I had to.
I gave them me.

I was born a protector.
Whatever it took, I did it.
My family, my brothers and the club’s name—I made sure that anyone who crossed us, or at least anyone who tried, learned quickly why they shouldn’t.
Seeing her sitting at the bar, I was drawn to her. Her scars, her bruises, and the light around her.
Without knowing me, she instantly had my back.
So it was only fair I had hers.

She walked in with the enemy.
But there was no way in hell I was letting her walk out with them. 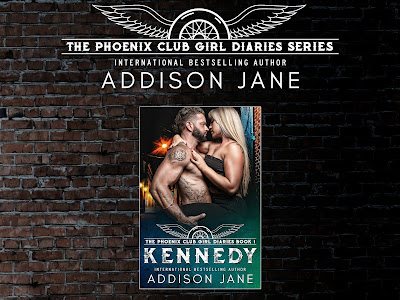 Review
Kennedy found herself in a situation she couldn't fight. After losing her mother at a young

age she's left with a father who could care less about her and her sister. After his death she's

now a not so legal guardian of her sister and stuck paying off her fathers debt.
The form of payment is nothing she ever expected, but she'll do anything to keep her baby

sister safe and that means working for the devil.
What she has to do for Crow, tolerate from him is horrific. All she can focus on is the end,

when her fathers debt will be fully paid and they can walk away.
But some things aren't as they seem, and her tormentor is anything but fair.Repo, a born protector knows he has to save this girl the first time he sees her. Not sure why

but something bone deep makes him need to take her from Crow.
Kennedy finds herself leaving one MC for another and thinks things will be just the same

and is petrified her sister will suffer in her absence. Once her sister is removed from Crow's

reach Repo has to prove to her he's not like Crow and truly wants to help them.

It's a long road, no instalove here just a damn good story that hooked me and refused to let

me put it down. I read the book in one day and if book one is anything to judge the

upcoming series by, I'm going to be addicted!

Addison Jane is a born and bred kiwi girl with a passion for romance and writing.

When she gets the chance she enjoys the little things in life such as reading, dancing, music, and Facebook, but her world really revolves around the little girl who calls her Mum. It's an awkward balance between alpha males and Disney princesses but it works.

Growing up on a small farm next to the beach will always make her a country girl at heart. But since moving away to a small town close to the city she's discovered a dangerous love for shopping.

Writing stories has been something that's come naturally since she was young, and with the massive support of her friends and family, she finally decided to step out of her comfort zone and share them with the world.

She enjoys bringing her books to life with strong female leads, sexy passionate men and a rollercoaster of twists and turns that lead to the happily ever after that her readers desire. 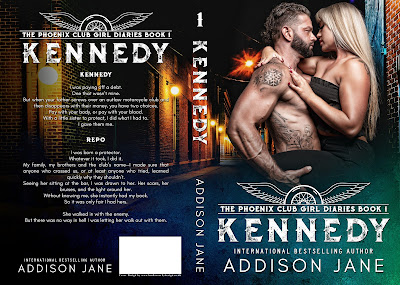 Posted by aoneclickaddictsbookblog at 8:39 AM