Chasing the Ballgirl by Trish Williford 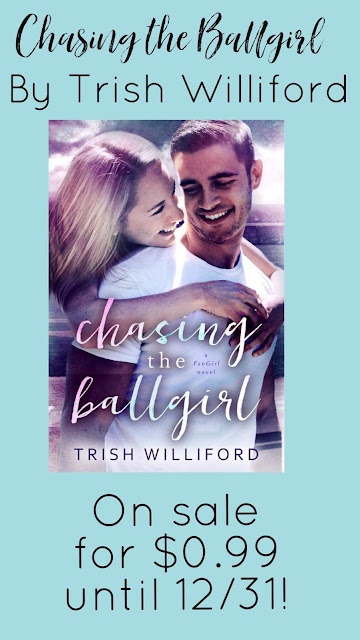 Baseball's hottest pitcher, Ryan Cruz, has it all; a successful career, a loving family, and a long line of women waiting to occupy his bed. With no shortage of female attention, settling down is the last thing on Ryan's mind...that is until one night with the team's ball girl changes everything.

Ball Girl Samantha "Sammie" Sterling has one goal and one goal only: finish college. With graduation around the corner, she focuses all her time and energy on her studies...that is until Ryan Cruz turns her world upside down. Despite having a crush on Ryan for years, Sammie declines his advances, thanks to his playboy reputation.

Determined to change her mind, Ryan sets out to prove that his feelings are genuine and he has left his player ways in the past. Sammie learns quickly that the heart doesn't abide by timelines and finds herself the happiest she's ever been...that is until Ryan's insecurities threaten to ruin their future before it begins.

For the first time ever, ladies man Ryan doesn't have all the right moves.

Posted by aoneclickaddictsbookblog at 9:03 AM