Until We Break by Edyn Michaels ~ Release & Review

Mari was fast tracking to forever with her boyfriend of two years, until a former friend turned skank sent her some incriminating evidence that included her body bouncing on his dick.
All trust was lost in the male species, and she decided it was time to use men as they had been using women for years. The plan served her well for a while, with a lot of free drinks and evenings that ended up with her face down on a couch with a nameless guy pounding her from behind.
Her BFF, Kaylie, staged an intervention for her whorish ways… but then in the course of a week she met two men who challenged her heart and her lady parts in ways they’d never been tempted before. Suddenly she felt like a game piece, and she had to choose what team she was playing on.
#TeamJamison
Tall, dark and tattooed, Jamison loves one thing in life and that’s his Harley. He makes no promises other than a good time. There will be no promises of forever, and to hell with monogamy. But, if she spends a single night with him, she’ll be feeling it for at least three days.
#TeamDane
With a smile that could light up the darkest night, and dazzling blue eyes, Dane friend-zones her from the start. He’s been through his share of meaningless relationships, but the former star quarterback wants a chance at falling in love with his best friend, rather than chase the next piece of fine ass.
With an epic battle of heart vs. heat; whose team will she be on? 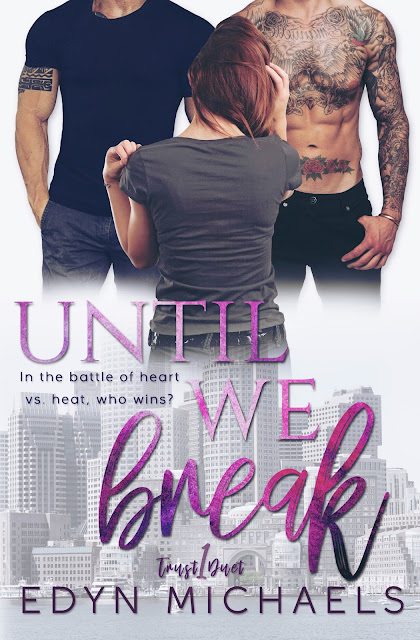 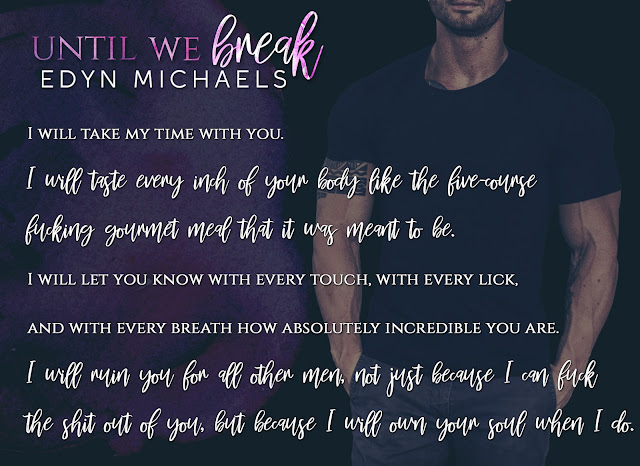 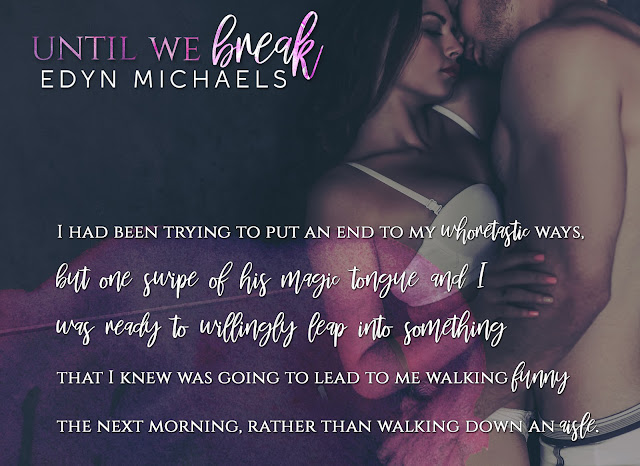 Whew, that was on hot read. Now can I please get book 2 asap?
I was #TeamDane from day one even though Jamison, well he had his attributes.
I thoroughly enjoyed this book though I did question a certain incident with Mari, made me wonder just what it would take for her to get her act together. It was kinda low in my opinion, considering she knew things had a chance to change. She's where I had my issues with the book, I get the whole trust thing but she took it to the extreme.
And then there was the end. In a way it's what I expected but I think I was in denial, I could see the trainwreck coming but wanted to pretend it couldn't possibly have that kind of impact.
Well done Edyn Michaels. I'll be impatiently waiting for the followup! 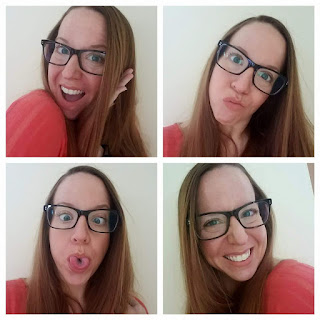 Edyn Michaels lives in Massachusetts with her husband and eight pets. She believes in unicorns, thinks that calories don’t exist on her birthday, your birthday, his birthday, everyone’s birthday. Holidays either. Calories definitely don’t exist on holidays.
When she’s not writing, she works a handful of jobs, and is learning to play the bagpipes. Because, well, why not?
Her favorite type of books to read are the ones that require a large stock of batteries in the nightstand drawer, but at the same time, she likes complex characters that she can relate to. But mostly, batteries.
Side hobbies include photography and so much baking. And bitching about whatever diet she is on at the time. 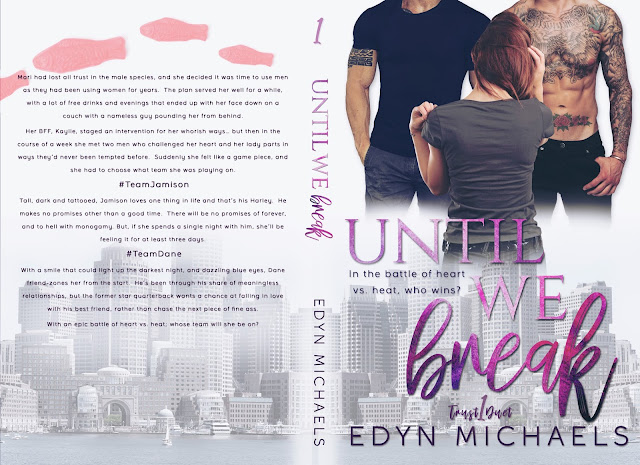