Heart and Hand by Rebel Carter

Anyone who was absolutely anyone knew the story of how Julie Anne Baptiste’s parents met: the blue-blood Union cavalry officer and the freedwoman on her way North fell madly in love at first sight, all in the midst of the Civil War. It was legendary within New York City's Four Hundred, and from girlhood, Julie daydreamed of her finding own true love match. But now, as a well-seasoned debutante of twenty-one years, Julie only dreams of teaching and much prefers the vibrant world of her books over the company of society’s most eligible bachelors.
However, always the dutiful daughter, Julie performs the role of affluent debutante until she realizes all of her tomorrows have horrifyingly become occupied by a gamut of social engagements, and they will remain so until she marries. Desperate and knowing only a wedding will put a stop to the madness of living as a debutante, Julie does the unthinkable: she responds to a mail order advert in the Heart and Hand Matrimonial Times. No longer a girl fantasizing of love, Julie did not anticipate forming a genuine romantic connection with the man she corresponds with, but when ex-Union soldier Forrest Wickes proposes she readily accepts. All seems well until the society pages intercept one of her letters and within the hour all of New York knows of Julie’s decision to become a mail-order bride.
In fact, the New York City society pages don’t know they only reported half the truth about Julie Baptiste. The debutante intends to marry not only Forrest Wickes but also his best friend, William Barnes. Her secret of taking two husbands safe, Julie sets out for the Montana Territory before the papers can learn the truth. But how will a debutante-turned-teacher manage frontier life with two husbands? Doubts loom and Julie wrestles with how to tell her family the truth about her marriage. And then there’s the vivacious young widow who enjoys a close friendship with Will, who maliciously hints that all is not as it appears to be with Julie’s husbands. 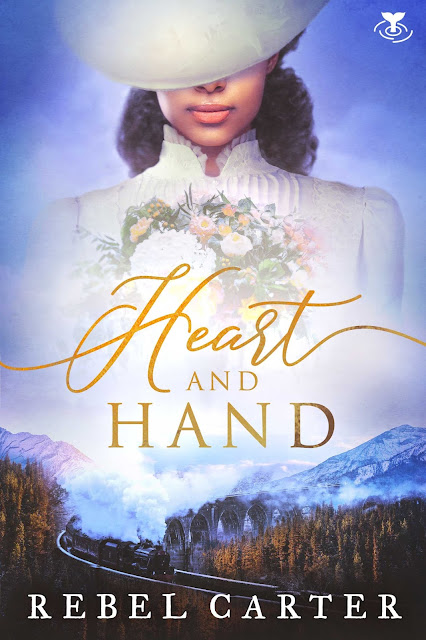 July 4th, 1886 Honest man seeking unorthodox marriage arrangement. I am in possession of a ranch of considerable size, totaling nearly 1000 acres spanning Montana and Wyoming territories, and am a man of substantial means and good reputation. Must be resourceful and, above all, independent woman. Young lady does not need to be proficient in cooking or housekeeping. Town is in need of a teacher, not a cook. Only a highly educated woman with the patience and mental fortitude to run a schoolhouse will be considered. Further details particular to marriage arrangement will be disclosed in future correspondence. Eager to hear from adventurous, open-minded women who are interested. PS: All wages earned from teaching will belong solely to young lady. Respectfully,Forrest Wickes 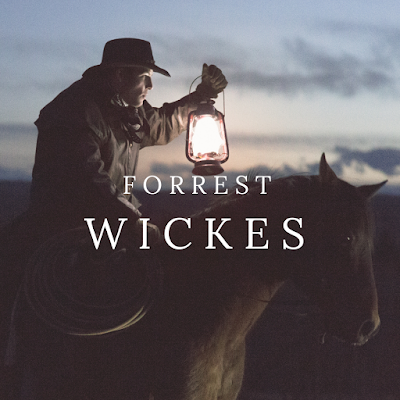 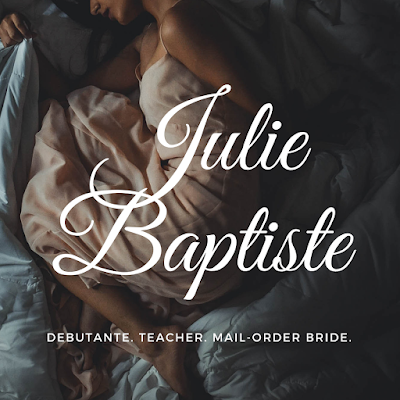 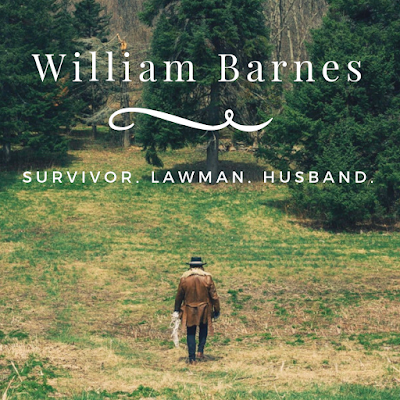 Forrest Wickes was powerfully built, standing at 6’2 with skin tanned from hours in the sun, fine muscles, and a pair of broad shoulders visible even under the flannel of his work shirt. The abashed figure standing in front Julie was all man. No trace of boyishness in his face, unlike the suitors who had tried their hand at courting her in New York. He yanked off the brown wide-brimmed hat he wore with a jerk of his hands, revealing hair that looked like spun gold. Julie wondered if it was as soft as it looked and her cheeks flamed at the thought. Swoon-worthy, indeed. An aquiline nose, chiseled jaw, and lips that could lead a woman astray rounded out the picture of Mr. Wickes, but it was the pair of summer sky blue eyes looking at her in apology that had Julie fighting the urge to pull out her smelling salts then and there. Julie was struck dumb at the sight of the man and could only stand silently as he apologized to her. “I meant to be here when you arrived but there was an incident, ah, just—” He jerked a thumb over his shoulder in the direction of town. I, we, had to intervene. I apologize for not meeting you.” Julie bit her lip, instantly thinking of the gunshots she had heard. “W-was it the gunshots?” she asked with wide eyes. He cleared his throat. “Yes, ma’am.” “Oh my,” Julie breathed, her hand going to her throat. “But don’t trouble yourself over it. It’s being seen to by, ah, my partner.” He held out his hands in a placating gesture before looking at the crew member and conductor as if he had just noticed them for the first time. “I thank you for bringing my fianceé safely to her destination.” “Fianceé?” the crew member squeaked. Julie scowled at the man but said nothing as Forrest nodded. “Since the New Year,” he said, and Julie warmed at the note of pride she heard in his voice. He turned to her with a tender smile. “After all the letters it’s awfully nice to meet you finally, Miss Baptiste.”

Rebel Carter believes in magic and witty meet-cutes, and she hopes you do, too. Hailing from the South, Rebel has a deep affection for anything fried, battered, or smothered, and enjoys a mint julep or measure of whiskey when the occasion calls for it. She suffers from a severe case of wanderlust and has lived all over the world. Now she spends her days in the beautiful state of Colorado with the mountains serving as a daily inspiration to go after big dreams--her biggest of all is to write full-time.